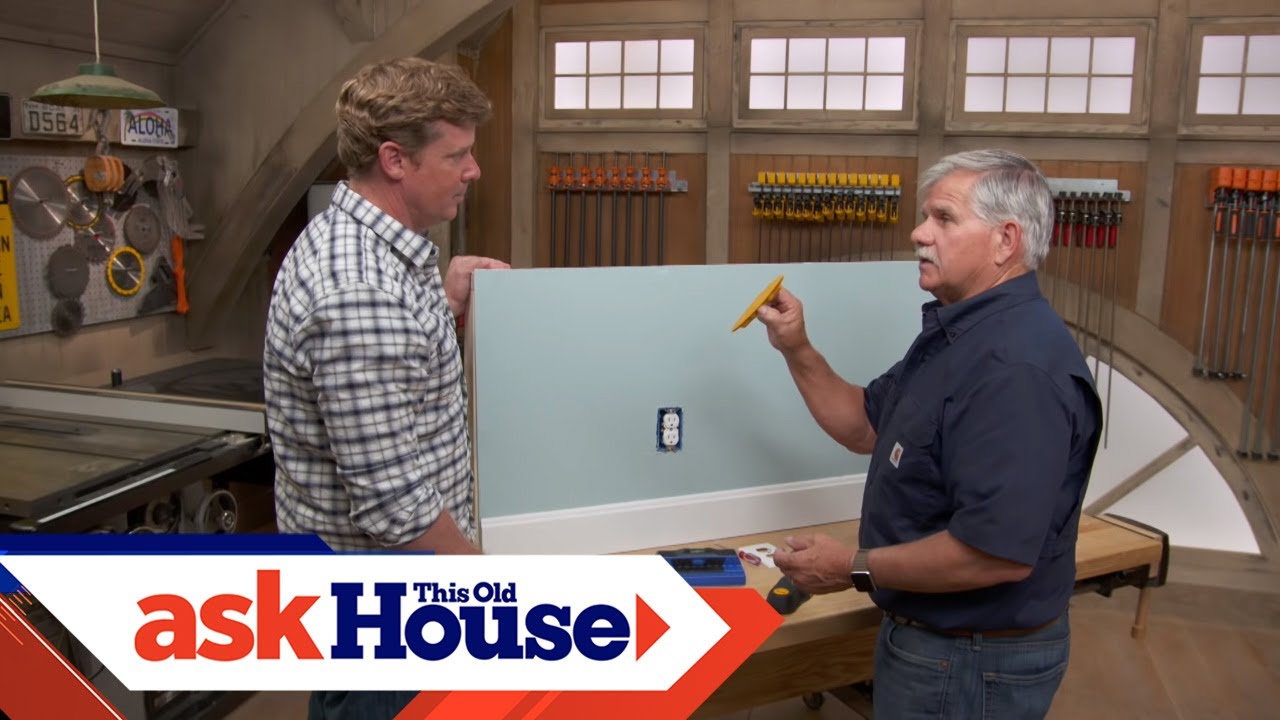 Steps:
1. There are several ways to locate studs in the wall- both low tech and high tech.
2. Use your knuckle against the wall to feel for a stud. If you hit a stud, the knock will feel more solid and sound slightly higher pitched.
3. Look for clues in the wall. Look for patched nail holes in baseboard trim, chair rails, or crown molding, since the trim was probably nailed to the studs. Use a small drill bit just above the baseboard to see if there’s a stud behind the wall or not.
4. Turn off the power at the electrical panel and check next to an outlet or light switch. Unscrew the cover plate and slide the screwdriver along the sides of the electrical box to see where it was mounted. Once that stud has been located, measure 16” or 24” on center from the stud to identify subsequent studs.
5. Purchase a magnetic stud finder. Slide it along the wall up and down and it will stick to any nails or screws that attach the drywall to the studs.
6. Purchase a digital stud finder. Slide it along the wall and the light will indicate when a stud has been located.
7. Another digital stud finder can indicate the width of a stud. Slide it along the wall and the lights will indicate stud location and width.

The electronic stud finder that can show the width of a stud is the ProFinder 5000+, manufactured by Franklin Sensors (http://franklinsensors.com).

The electronic stud finder that can show pipes and wires hidden in a wall is manufactured by Zircon (http://www.zircon.com).

How to Choose a Stud Finder | Ask This Old House
https://www.youtube.com/user/thisoldhouse/